The reveal of the prototype for the VICTA Class Diver Delivery Unit gained global attention at Defence and Security Equipment International (DSEI) 2019, and now the craft’s build timeline has been officially announced by its manufacturer, advanced maritime technology company, SubSea Craft.

Hull construction will be completed within the coming weeks, with fit-out and dry trials running on through early 2020, before it moves into sea trials in mid-2020.

The new state-of-the-art vessel builds on the successful development of a previous craft which was taken from design to sea test in two years by SubSea Craft.

The company’s operationally-experienced technical team developed the new craft in collaboration with a number of cutting-edge marine technology and engineering organisations, including Ben Ainslie Racing Technologies and SCISYS.

Its revolutionary design combines the endurance, speed and capacity of a long-range insertion craft with the versatility and stealth of a swimmer delivery vehicle to provide a unique capability that enables surface transit at speed over significant range before diving to approach an objective unseen.

With a unique transition time of two minutes from surface to sub surface, VICTA’s fly-by-wire control enables future autonomous operation in both domains.

“VICTA opens up potentially game-changing tactical and strategic choices in maritime, joint and special operations, and will transform capabilities in high-risk environments,” 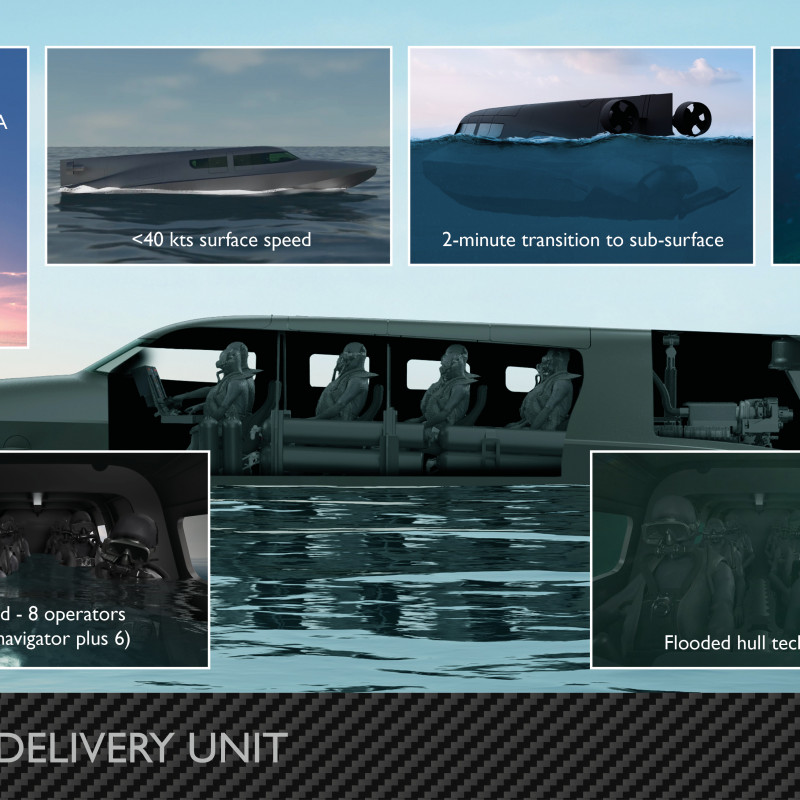